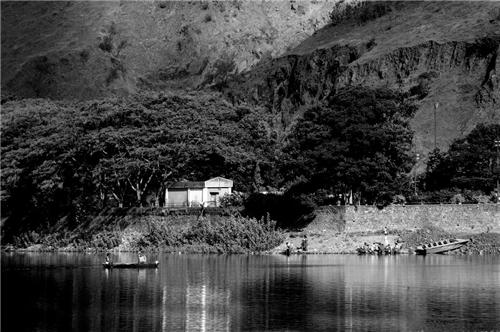 Bhiwandi is a commercial city in the Thane District of Western Maharashtra. Bhiwandi Nizampur lies in the beautiful Konkan coastal lowland with hills and water streams. Apart from its natural ethnicity Bhiwandi is well known as a major trade Centre. This city is the major link between Mumbai and the rest of India through Mumbai- Agra highway. Bhiwandi is duly been named as the Manchester of India.

In the early Twentieth century, Bhiwandi was a small town, inhabited mainly by Maharashtrians. Main occupation of people during that time was agriculture, fishing and handloom. With the introduction of electricity, the hand looms were replaced by power looms. It became a hub of the textile industry in the 1930s.

In the early 16 century, Bhiwandi used to have a port on the Kamwadi River and it was known as Bunder Mohalla. Waswoods & Spices were traded the most from the port. The city has witnessed frequent travelling by the merchants ever since. At that time a merchant was called as ‘Saudagar’, and the area used to be referred as Saudagar Mohalla. The home of labourers working for the shipping industry is known as Sutar Wada and Hamal Wada. During the reign of the Moghul Empire the city of Bhiwandi was known by the name of ‘Islamabad’. There is a mosque by the name of Islamabad Masjid & Eidgah at Eidgah road. It is the textile industry which changed the face of Bhiwandi in many ways and people from all over India started settling down there either for the purpose of business or jobs.

With the decline of textile industry in Mumbai, Bhiwandi became an industrial attraction due to the convenience for transport and 24 hr power service. The demand of power loom was so huge that workers from UP and Bihar began settling there. The power loom of Bhiwandi is the second largest Power loom after the one located in Surat. Bhiwandi produces and transports most of the Power loom for textile industry all over India. Bhiwandi has got export quality powerlooms and exports power too.

The stooping increase in population in Bhiwandi is directly or indirectly related to the Power loom industry. Bhiwandi is the most highly paid octroi in the entire Asia. The place is also famous for its numerous huge godowns which are considered as Asia’s biggest godowns. All the major multinational companies in India have got their godowns in Bhiwandi.

Bhiwandi has got many stories to tell about its existence and power. Right from the age of Mughals this place has been a prominent place for trade. The only difference between yesterday and today is that the items for trade are different. Bhiwandi is the major link to Mumbai with the other parts of Maharashtra. This unique factor has lured the industrialists to set their units in Bhiwandi. History of Bhiwandi stands atall in the India’s industrial growth.