Geographically Bhiwandi lies in the Konkan coastal lowland which is the area between Arabian Sea and Western Ghats. 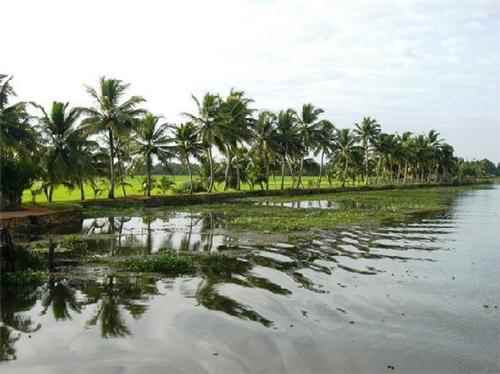 The Konkan coastal area approximately 50 km wide is land of combination of geographical features; it has steep narrow hills, broad river valleys and medium to high plateaus. The Western Ghats range of Sahayadri Mountains start from Gujarat passing through Maharashtra and Karnataka ends at Kanya Kumari, the last tip of Indian peninsula. These mountains are the backbone of entire state of Maharashtra. They are composed of ancient basaltic lava and fall in steep vivid Ghats creating giant steps towards the Arabian Sea.

The Sahayadri Mountains are all over the Thane district with its slopes hosting the dense forest area which houses many rare and endangered species of flora and fauna. The geography of district comprises of three major parts; the western coastal region, plains at the slope of the hills and the eastern range. The major river systems of the district are Ulhas and Vaitairna. Bhiwandi, a city geographically located in the plains of slopes of Sahayadri is surrounded all over by forests and ranges of hills which add more beauty to it. There are many hills like Mahuli Hills, Mandagiri, and Verdant etc. The place also has many rivers like Tansa, Bhatsa, Kaam Wari etc and many artificial lakes like Tansa Lake, Varaldevi etc. It is also known for its hot water springs. The hot water springs are located on Akaloli- Vajreshwari Road on the bed of Tansa River which is a tributary of the river Vaitarna. The springs are hot due to existence of volcanic area. Even the Mandagiri hills where the hot water springs are found is said to be formed of past volcanic eruptions. The Western Ghats and the Deccan traps happen to be residues of volcanic activities of millions of years ago. In fact the Deccan traps are the largest volcanic structures in the world.

Bhiwandi comes under the urban areas of Thane. Power loom industry and textile industry is the prime occupation of people in the region. It is because of this industrial belt that it is some times also referred to as the Manchester of India. Apart from that, quarrying of stones and sand in some areas is another major occupation of the people. There are also a few stone mines near Bhiwandi. Rice is the main crop here.

Along with the cities of Kalyan, Thane, Ulhasnagar, Dombivli, Mira-Bhayandar and the Vasai-Virar region and Navi Mumbai, Bhiwandi city is also considered a part of the Greater Mumbai metropolitan agglomeration. It has become a sought after place for many businesses due to its close proximity to Mumbai; the economic capital of India and because of the fact that it is a region identified by MMRDA for development.

The city is very well connected to rest of the country through the NH-3, also popularly known as the Mumbai-Agra highway.