India is a diverse land. Despite the relatively small area, the culture and variety that the country exhibits can be bewildering. Every region bears its characteristic assemblage of clothing style, habits and delicacies. An example of the diversity can be given by the number of languages in India. The constitution itself lists out 22 languages. The total number of languages is believed to be well over 400 and the different dialects can run into thousands.

Bhiwandi is a teeming city of almost a million people. The city, along with Nizampur forms a part of Greater Mumbai. It is well connected to the metropolis Mumbai and the rest of the country. The city presents an exciting example of diverse cultures coming together under the influence of the modern economy. 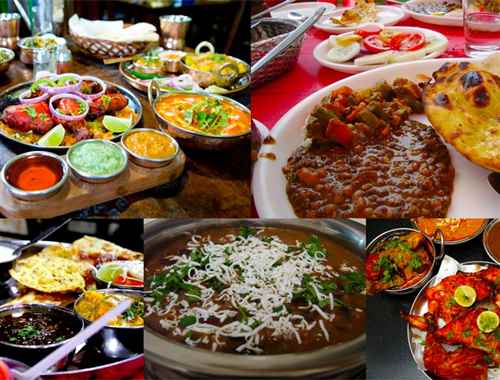 Being an industrial city, Bhiwandi draws people from all corner of the country in search of opportunities. The city can be described as a melting pot of different cultural backgrounds and origins. The various backgrounds also ensure varied food habits. To cater to this requirement, the city has developed an exquisite range of cuisines. Food of Bhiwandi, Maharashtra can be expected to serve every imaginable item found in India, with only a few exceptions.

The staple food of the region is rice, along with vegetables and pulses. Being a coastal city, fish forms an important component of the food. Bhiwandi, located at a central position is like a buffer of the food habits of the western state of Gujarat and the south. The city has a good number of vegetarians too. The effect of the vibrant life of neighboring Mumbai has trickled onto Bhiwandi as well. A lot of contemporary restaurants have mushroomed in the city of 1.2 million people. These offer a variety of delicacies such as Chinese or Italian. A lot of these exotic restaurants offer home delivery and pickups.

Like most other Indian cities, the streets of Bhiwandi are lined with fast food joints. These can be categorized into different categories. But one can expect to get famed golgappas and chats in plenty. Besides, contemporary Chinese noodles, momos and rolls have seen an uptrend in recent years.

Spices remain a specialty in this part of the world. A lot of Chutneys and Pickles are consumed in Bhiwandi. These can add a dash of taste to the food.

Speaking in terms of costs, one can expect to find in Bhiwandi food stuff to fit all budgets. There are the luxurious restaurants that charge INR 2500 a meal. Yet, one will never run out of options while trying to have a meal in less than INR 100. Some of the outlets may be a little lacking in hygiene and one can single them out.

On the whole, Bhiwandi is a great place to have a meal or an eating experience. There is a wide array of options that exist for the food lovers, along with affordable prices.