Business and Economy of Bhiwandi

Bhiwandi is an important suburb of Mumbai metropolis. It has a large proportion of migrant population who drift into the city in search of employment opportunities. The city in Maharashtra is home to over a million people who are dependent on the vibrant business environment that exists. The city is a major center of commerce and contributes greatly to the economy of the region.

The core industries have resulted due to the trickle-down effect. Since Mumbai is unable to accommodate, the surrounding areas have seen numerous growth of urban centers. Bhiwandi Nizampur is one amongst them. The city has a separate municipal corporation along with active connectivity options from Mumbai.

The Economy of Bhiwandi

Bhiwandi Nizampur city is around 29 kilometers from Mumbai. The city has seen the growth of several large and small industries. When the economy was liberalized in 1991, the city witnessed a major spurt in growth. The major industries that are present in the city have been described below. 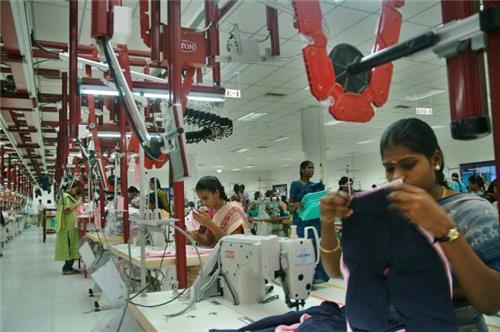 Textile Industry:
There is one industry that makes Bhiwandi stand out in comparison to other cities of the country. This is the textile industry. The beginning of the power loom scenario in the city was not very prospective. The city was among the earliest hubs that exploited the power loom. A large number of mills are present in the city and these support the livelihoods of millions. According to estimates, the city has over four million people directly dependent on textiles. Therefore, the importance of this industry on the region can never be overstated. Many call the city as the Manchester of the East. In terms of volume, Bhiwandi is only behind Surat.

There are several large textile mills in the city. These are responsible of the production of thousands of meters of fabric each day. Exports form a key component of the earnings. Domestically, Bhiwandi supplies fabric to all parts of India and neighboring nations. The industry is worth billions of rupees and forms the backbone of the city.

Accessory Industries:
Apart from the textile industry, several other allied industries are present that handle its requirements. A key sector in this regard is the logistics that handle the transport and management of the goods. The huge godowns that exist require huge amount of manpower and machine operators.

Besides, several other services have sprung up in the city. Bulk of it is related to textiles. Providers of machinery and components for mills are important among those. Financing is crucial too. In recent years, construction and IT support have seen manifold growth in importance.