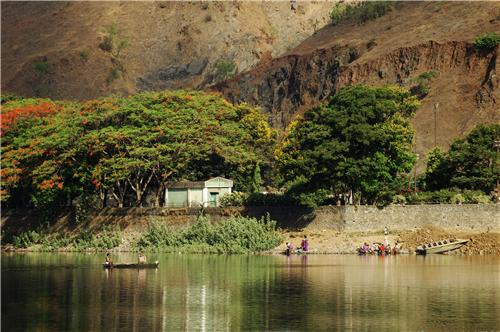 Bhiwandi is a teeming urban center in the India state of Maharashtra. It falls under the district off Thane. Initially, a small taluk, the city today spans over 100 square kilometers in area. The city is an industrial hub. The city is among the first centers that exploited the power loom. With time, different businesses found root in the city. Today, it houses every imaginable type of industry from textiles to IT. The city is well connected to the rest of the country by an excellent connectivity through roadways and railways. The closest airport is that of Navi Mumbai.
The city has seen unmatched growth in the last quarter of the last century. This can be ascribed to the lack of space in metropolitan Mumbai. As the economy grew, there was no space to expand. As a result, surrounding localities formed the core of the new urban centers. In terms of size, the city can be placed under tier II category. The administration of Bhiwandi, Maharashtra is looked after by a municipal corporation that is constituted by elected members from each locality.

The administrative setup of the city is at par with many other cities of India. In order to promote decentralization of power, the government introduced a third tier of government. This setup is called the panchayat in rural areas. In urban areas, an elected body called the municipal corporation governs the different areas. Elections are held every five years to revamp the body and make room for the people to assert their power.

Bhiwandi, along with Nizampur is governed by a single municipal corporation. This was established in 2002, after the then existing administration was revamped. Today, over 1.2 million people come under the jurisdiction of this body. The entire region is divided into 90 separate areas or wards. Each ward sends a representative to the corporation which makes important decisions regarding the development projects of the area. A mayor is nominated to be the head of the municipal corporation. He/she is answerable to the people on behalf of the civic body.

The existing constituencies of the municipal corporation of the city are dominated by the Indian National Congress. Several other major parties enjoy a significant hold of the council. In terms of exact numbers, the corporation can be divided into:

The municipal corporation administers every aspect of the development of the city. It remains a very efficient machinery to run the state of affairs of a region without compromising on transparency.